Since its inception, the Bethesda organization has been a leader in providing the highest quality of health care to Greater Cincinnati. We helped pave the way for new ideas and services in areas such as hospice and home care, as well as specialized services such as reproductive health and location needed services near growing populations centers.

Our complete history is now available as a beautiful book for purchase in the Bethesda North and Good Samaritan Hospital gift shops or online, with purchases benefitting the Bethesda Foundation. 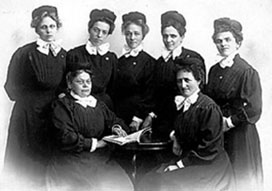 The Bethesda tradition began more than 115 years ago when seven German Methodist deaconesses began to care for Cincinnati's sick in their homes and the deconessess' own cottage in Mount Auburn.

During the early 1900's, Bethesda grew to included several facilities, including several hospitals, a school of nursing and retirement home.

Bethesda Inc. was established in 1983 to serve as the parent company and oversee the operations of Bethesda Hospital and several other Bethesda subsidiaries. In 1995, when Bethesda partnered with Catholic Health Initiatives to form TriHealth, our focus moved away from health care operations and toward supporting the strategic and financial goals of the new integrated healthcare system. 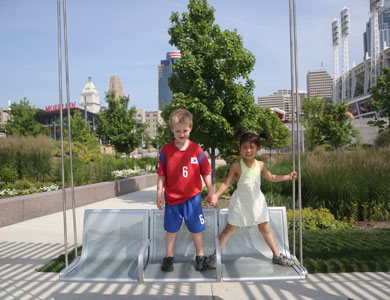 In 2010, Bethesda Inc. began its bold grant-making initiative and announced its first major community grants to fund transformational projects with the potential to lead to breakthrough change and spark significant improvements in the delivery of healthcare in Greater Cincinnati.